We are a new shop, and have chosen our initial lines deliberately to fill particular needs from long distance touring to casual riding or to fit your specific adaptive needs. 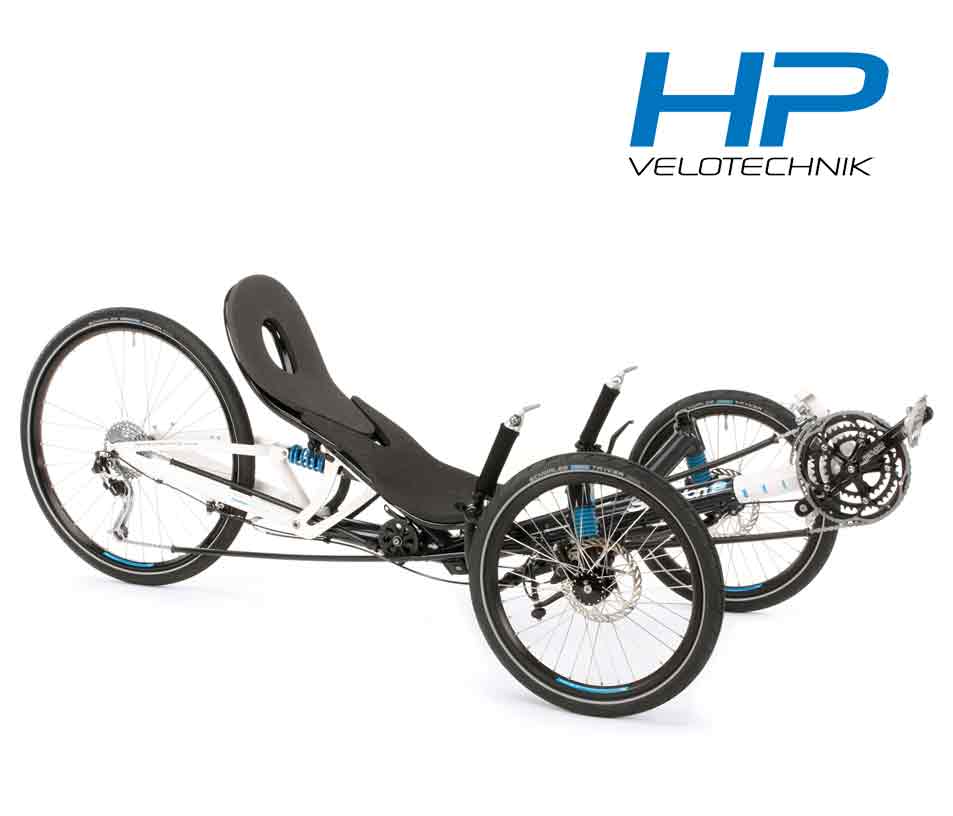 Seattle Trike is now a dealer for the award winning recumbent and trike company HP Velotechnik. Their widely renouned German engineering has made their line of trikes one of the most popular among enthusiasts. Their products are precisely manufactured and are even shipped with a torque specification sheet for every bolt on the trike. 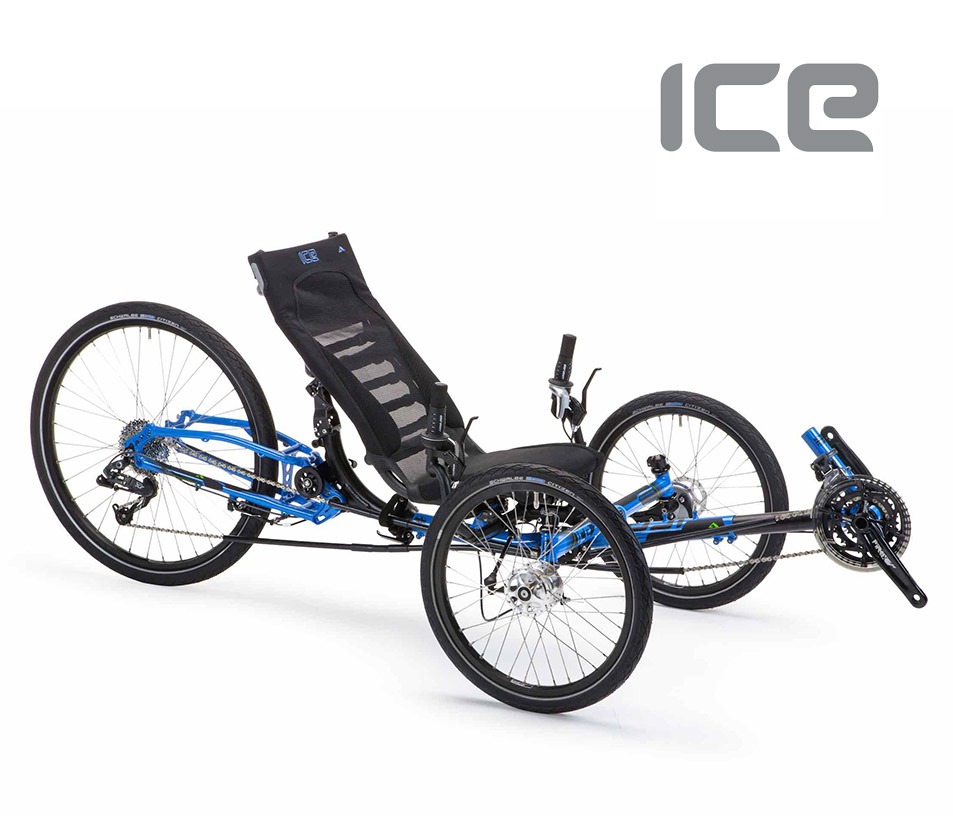 Located in the beautiful Wales area of Great Britain, Inspired Cycle Engineering (ICE) produces some of the highest quality trikes available. They build some models aimed at comfortable touring and others designed for competitive speed. Particularly known for their seat comfort, ICE is taking seats to a new level starting with the Adventure model in 2019. 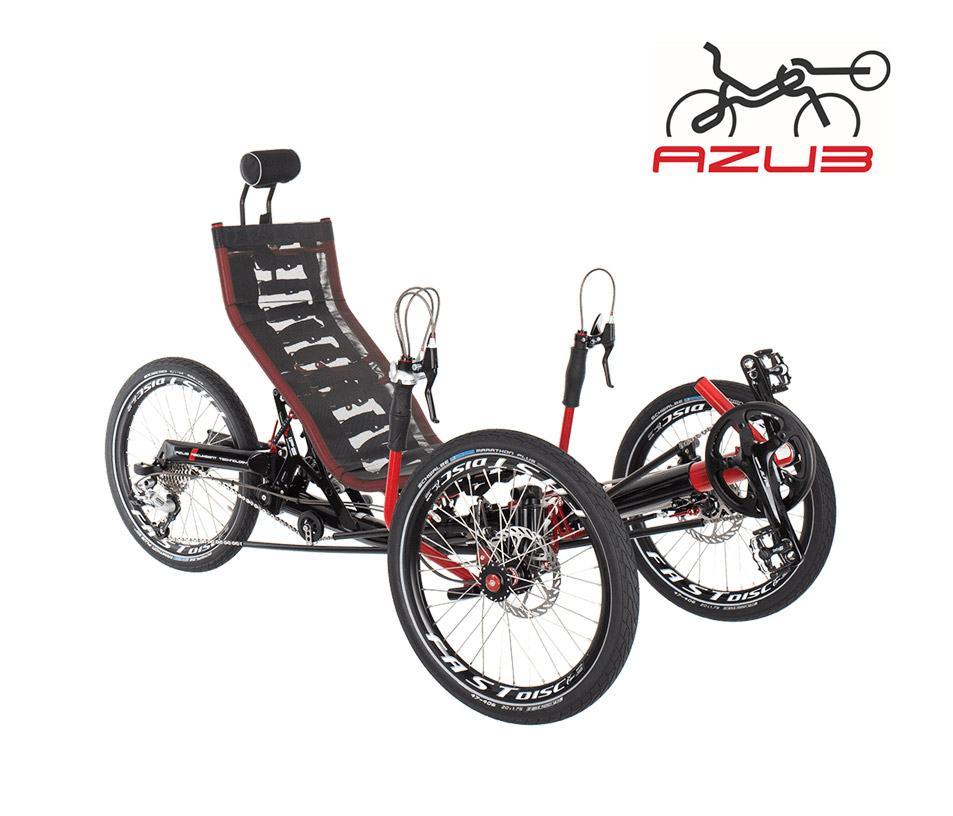 Located in Uhersky Brod, in the southeast (Moravian) corner of the Czech Republic, Azub has grown rapidly by building some of the most highly-engineered, well-crafted recumbents in the world. They build both two and three-wheelers in a newly-expanded facility. Frames are aluminum and rugged. The suspended models (TriCon and TiFly) hint at the designers’ auto racing backgrounds. The TiFly is unique in the trike world in using a titanium, double wishbone-type front suspension for a ride that is unrivalled in its sophistication.

We visited the factory in May 2018, then took a TriCon for a tour of the Tauern and Danube bike paths in Austria. We finished the ride away convinced that Azub makes unsurpassed quality trikes. 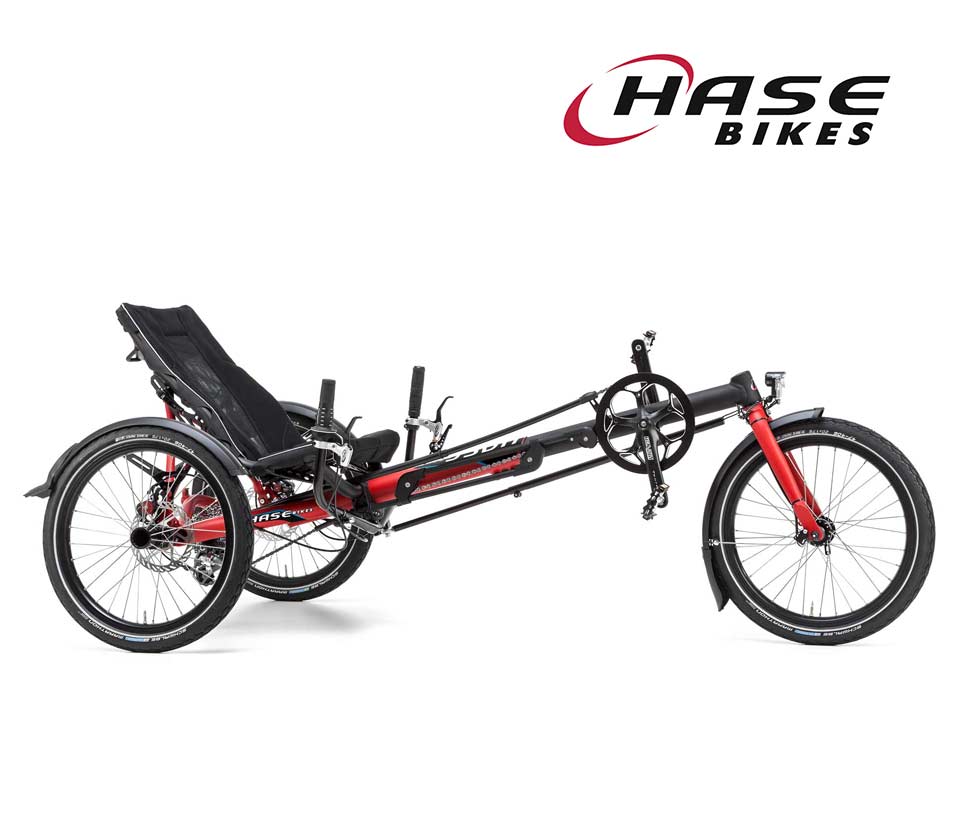 Hase Bikes, was founded in 1994 in Bochum, Germany by Marec Hase. Hase is particularly well-known for the rugged quality they engineer into every cycle they make. These include highly customizable delta-type (two wheels in the rear) trikes, hand cycles, semi-recumbent tandems (the world-famous Pino, with front-end recumbent stoker), adaptive children's trikes and more. Looking for a tandem? Come test ride a Pino!